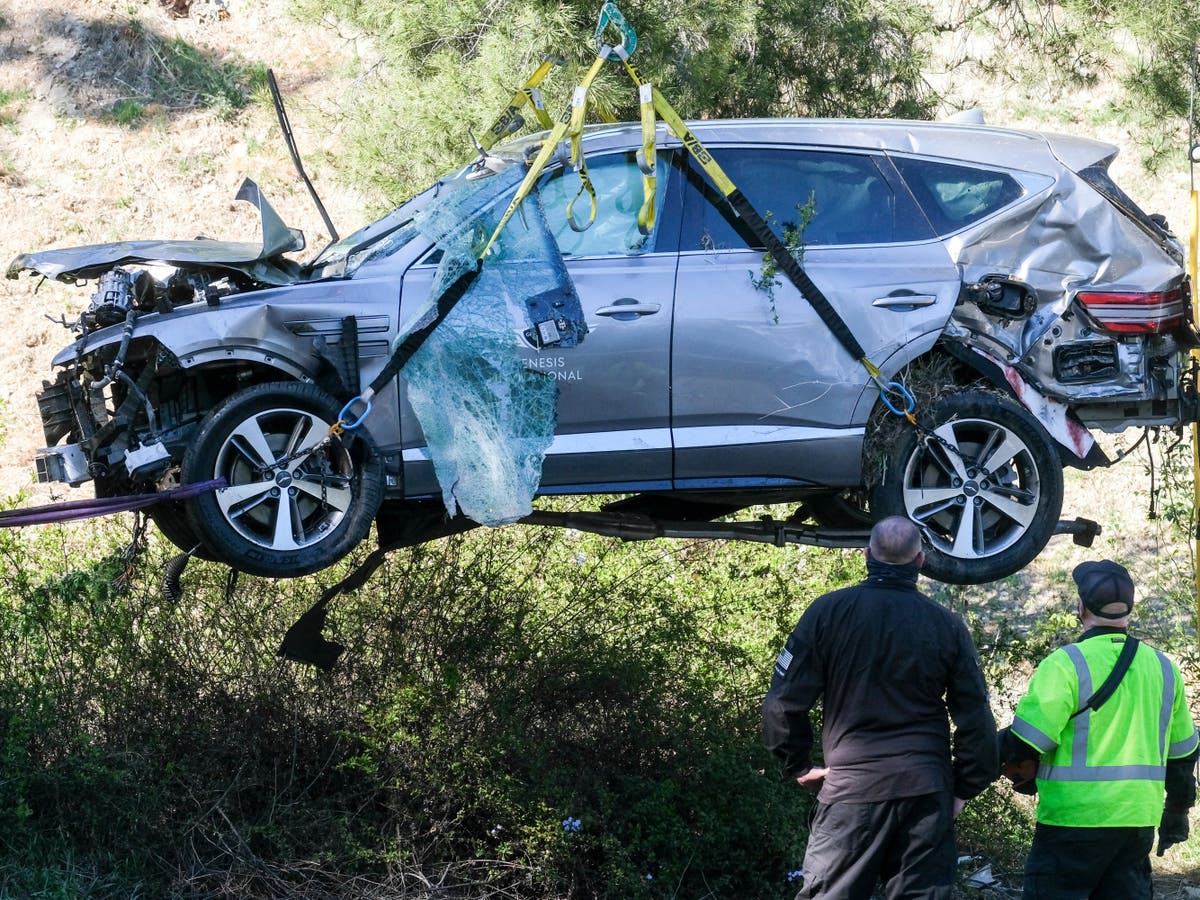 The cause of golf star Tiger Woods’ crash was that he was driving too fast to handle the curve of the road. He hit a tree at 75 mph, police said at a news conference.

Police said there was no evidence of braking and that Mr Woods inadvertently hit the gas instead of breaking.

Law enforcement added that no open containers were found in the vehicle.

“There was no evidence of intoxication or impairment.

“No citation was issued and there were no independent witnesses” of the incident, police said.

“Those questions were asked and answered,” police said of Mr Woods, and added that he said he had not been drinking.

Police didn’t check his phone to see if he was texting to determine if he had been distracted while he was driving.

“He has no recollection of the incident,” a law enforcement official added. “He was dazed and confused, being in a state of shock.”

Police added that the stretch of road Mr Woods was driving on was “hazardous” and that they are trying to address the issue with traffic control as the area has more collisions than average.

Sheriff Alex Villaneuva said the bodycam footage of the crash will not be released.

‘Good replacement for when I retire!’ Russian swimming champ Efimova on her shock defeat to 16yo star